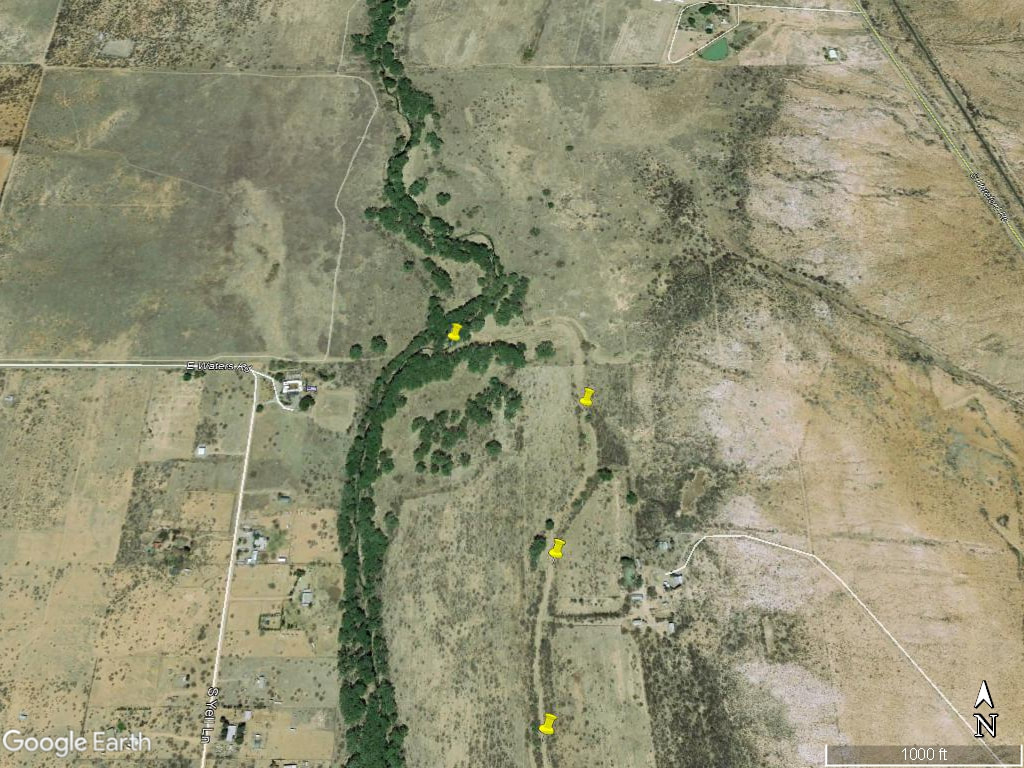 The satellite photos shown above was taken in April 2013. It shows a portion of Greenbush Draw, with yellow markers indicating its location. The topmost marker shows the current intersection of the draw with the San Pedro River. The San Pedro River is now quite different than it was in 1846. The Mormon Battalion in 1846 apparently followed this draw to the San Pedro River. Colonel Philip St. George Cooke (1849, p. 35, 56 abs.) reported that the river had “no other appearance of the stream than a few ash trees in the midst." Other officers in the party wrote (Standage and Golder, 1928, p. 191) “Wood scarce principally Hackberry.” 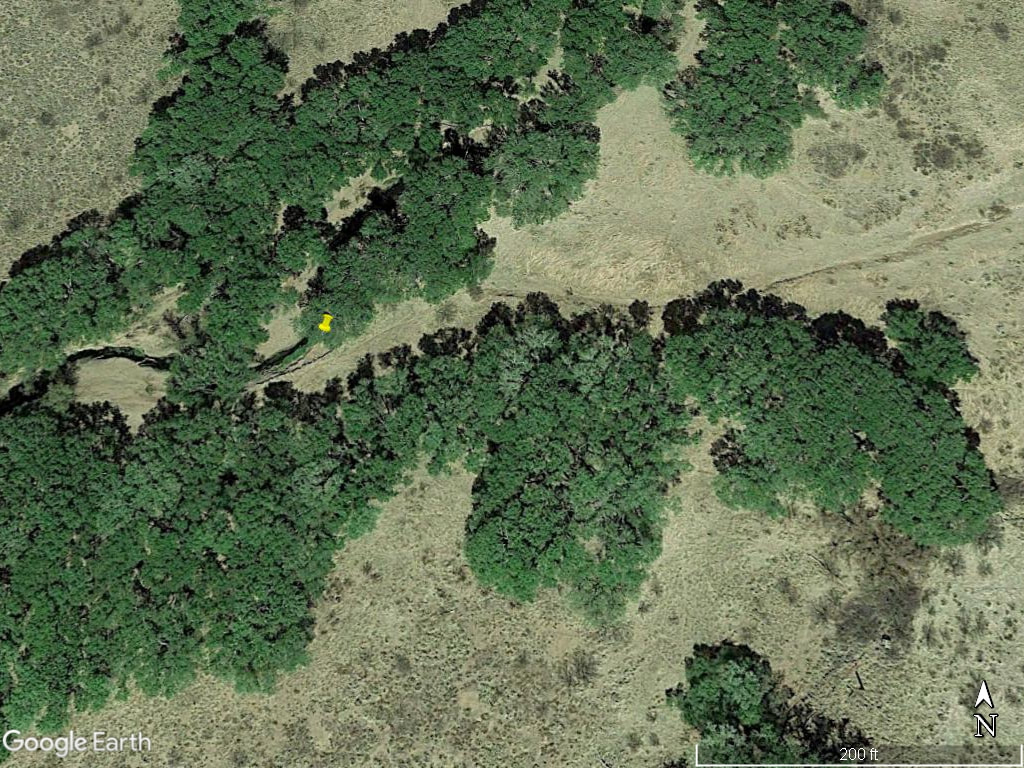 The satellite photo given above was taken in April 2013. It shows a closer view of the current junction of Greenbush Draw with the San Pedro River. Note the many riparian trees.
Historical References

​Standage, H. S. and Golder, F. A. 1928. The March of the Mormon Battalion from Council Bluffs to California: Taken from the Journals of Henry Standage. The Century Co., New York. xiii + 295 p.